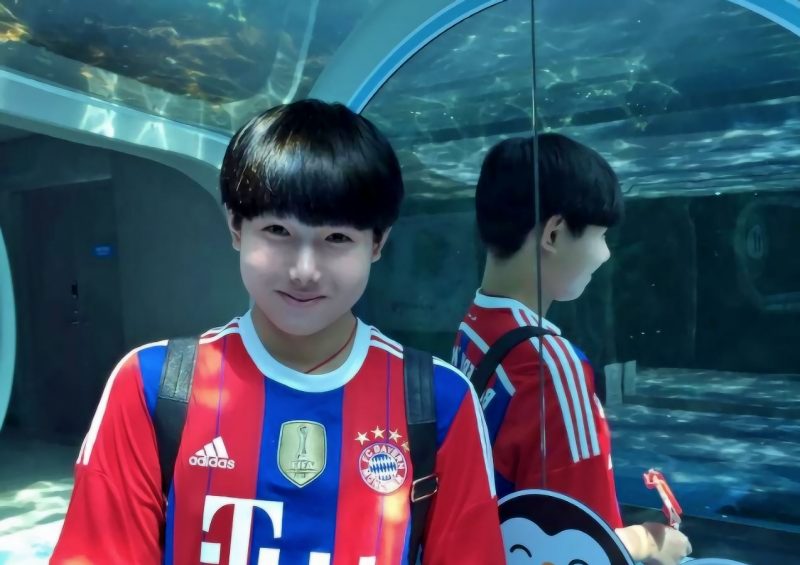 Haoyang Dai studied nearly 800 pages of the English Version of the Calculus textbooks by himself in one month and achieved five full points in the AP (American pre-university course) organized by the United States University Council. Haoyang Dai is a student from the Nanjing Foreign Language School-XianLin Campus international department and has many fans because he attended five AP exams and received four full marks which meant he won the AP special honor scholar award issued by the American University Council.

Yaoyang Dai works hard and he was a conscious learner in his childhood. He is always the teacher’s favorite student and received first place during junior school. He likes hip-hop and guitar, but his talent for maths means that he loves it the most. Yaoyang Dai had a clear plan for his future: to go abroad. This is what led him to choose Nanjing Foreign Language School Xianlin Campus’ American Elite High School Program. He gained his parents support because they understand that he must pursue his goals on his own. We respect his opinion and give our full support to him.

Haoyang Dai relies on his own interest and the spirit of ‘never give up, self-study in advance’ to ensure he is always ahead of others. When he attended the AB test of AP Calculus, he hadn’t previously studied it at school because it was material covered in a higher grade. ”I bought the books back and studied by myself; no one asked me to do this. I studied nearly 800 pages of the English Version of the AP Calculus textbooks by myself and finished all the exercises. I felt pretty good and received full marks for the AB test of AP Calculus organized by the United States University Council.” Due to the encouragement of teachers, Haoyang Dai participated in four AP exams: AP calculus BC, AP economics, AP physics 1 and AP physics 2. This time he also received outstanding results including three full marks and a pass. For AP calculus BC and AP physics 2 he also studied the 800 page English versions and completed the study for all four courses in a month. Because of the limited time, he studied until midnight most nights.

During his childhood education, Haoyang Dai’s parents never asked him to do anything, instead they wanted to give him a happy childhood and space to grow and develop good learning and living habits. “We gave him some suggestions: planning is the most important characteristic in either study or future life; learn and respect from others; respect parents and the elderly; and be grateful.” After coming to Nanjing Foreign Language school-XianLin Campus, Haoyang Dai used his scholarship and pocket money to buy many books (a total cost of 70000 yuan) which he has now donated to BaoYing CDPF to help them build a library for the disabled. He has also organized his friends to take part in a volunteer teaching program for disabled children.