This is a story of a group of high school students led by Mr. Wang Jianing, and is also a story of Nanjing Foreign Language School.

“Walking on the way to school every day (I want to go back to the time I used to go back to study and live here 818 Days…” Before the upcoming graduation of the 4 classes of 2018 Australian UFS (UF Program) of the International Department of NFLS Xianlin Campus——This micro movie “Starting, Dreaming”, is the best gift the graduates left for their school in the in this autumn of a golden story in growing up.

The lens slowly advances from the air, a girl wearing a checkered school skirt and a ponytail, walking on the campus trail covered with golden leaves. Her name is Liu Shuhan, the first figure of the film, and her narration is her own voice.

Liu Shuhan is our class leader. The director of this film is the teacher of UF 12A class Mr. Wang Jianing. And the main creator, editor, and voice actor are all the children who are about to graduate, and each child tells his true story.

Ding Zhengxin, the leader of the year group and the class teacher of UF 12B, told the reporter that the NFLS Xianlin UF Program is an Australian pre-university course proved by Australian Education Bureau, has a core course of five semesters, with about 90% of graduates entering the five-star university in Australia and ranked the top 100 universities in the world.

The students had taken their global final test on the 20th and this film was made through 20th to 28th and shown on the graduation ceremony on 28th, it’s conceived, planned, photographed, edited, and dubbed in eight days. “

The film director Wang Jianing is not only the head teacher, but also the teacher of the foreign chemistry subject. His get along well with all students and he is passionate about photography. The filming work is done under his guidance. “I hope the children will graduate with happiness, I have spent a great time and effort with them, and I wish them a happy future.”

The boy Zhang Jiacheng tells the story of his own basketball learning, frustrated again and again, but encouraged with the classmates and friendship and start again. He finally found the “law of success”: find the tips and keep working hard.

The boy with shiny smile is He Huangting. He is the captain of the school football team and led the team to the Nanjing Mayor’s Cup. The boy who hit him in the film is his good friend Zhu Tianyi, he said: “Fell on the football field is not terrible. It is terrible you cannot stand up. Thanks to the greenery field, I have the courage to challenge everything. “

The girl Chen Chen has a long hair that looks like a waterfall. She won the second place of the 32nd International Standard Dance National Championship.

In the film, she danced and swayed in the center of the playground. She said that dance is the key to her opening the door to happiness. She will bring this enthusiasm cultivated outside the fairy to the future.

Wang Chuyi, one of the best in study, has IELTS scored 8.0 for his first try, is also the international high school orchestra violinist. In the film he says, I don’t know what will happen in the future. I only keep moving forward. From beginning to end, I only want to be a better self.

A non-typical learner Tang Li is often misunderstood because of whimsy, but always believe that one’s potential will explode one day.

NFLS Xianlin let this boy who has thoughts and thoughts gradually shine, he has IELTS essay 7.5, and won the new Olympic of national student composition competion first prize.

In the NFLS Xianlin, I finally know what I want, how big my heart is, how big the stage will be! 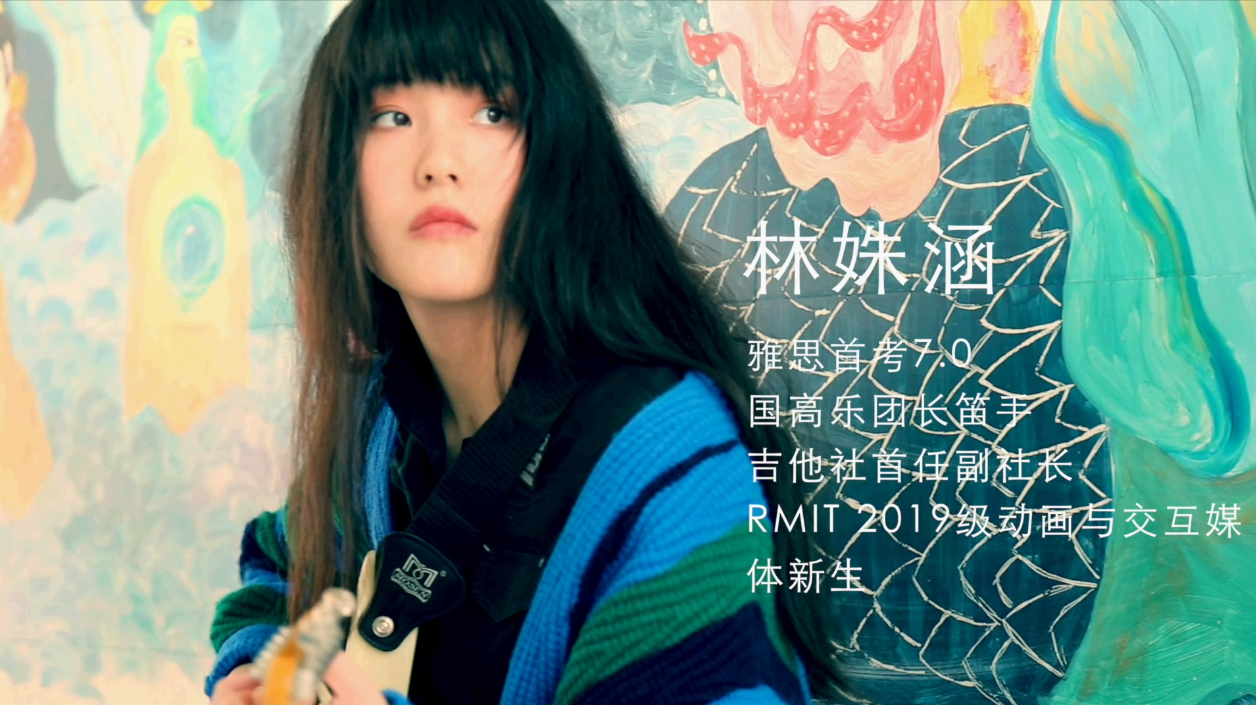 These graduates will start their college study next February, let’s have our best wishes to them!